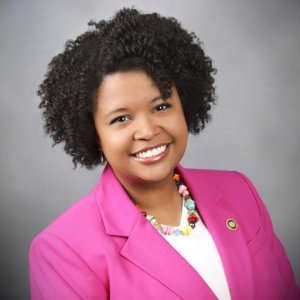 THE A-TRAIN HERE, We want to take you back to when we had MO State Senator, Maria Chappelle-Nadal (@MariaChappelleN) on the show. Although her bid for Congress was not successful, it still did not stop her from doing what needs to be done to not only better St. Louis, but also the state of Missouri. So here is this four-part interview from June.

“The first of a four-part interview with Missouri State Senator, Maria Chappelle-Nadal. Chappelle-Nadal plans to run for a Congress seat and we open up talking 1) Financial disadvantages on her end and how she plans to overcome; 2) how her opposition has affected the black community’s finances; 3) how she voted for MO Governor Jay Nixon and disagreed with his education issues 4) how she wants to better the STL areas that are in decay and 5) her plans while in Congress.”

“In Part 2 of our 4-part interview with MO Senator Maria Chappelle-Nadal…the conversation heats up with the discussion on 1) How payday loan companies keep destroying black communities; 2) How to minimize homelessness 3) The safety in certain housing communities in North County 4) How opposition doesn’t live in STL to really even know what goes in community 5)How her leadership differs from the opposition 6) How the highest MO leaders turned their backs during the Ferguson unrest.”

“We continue with the 3rd of 4 parts with MO Senator Maria Chappelle-Nadal this time discussing about if football will come back to STL and why the city and county can’t seem yo resolve their issues and work together.”

“The final of 4 parts with MO Senator Maria Chappelle-Nadal this time discussing about why medical marijuana would benefit the state of Missouri. All about going green in this final segment.”