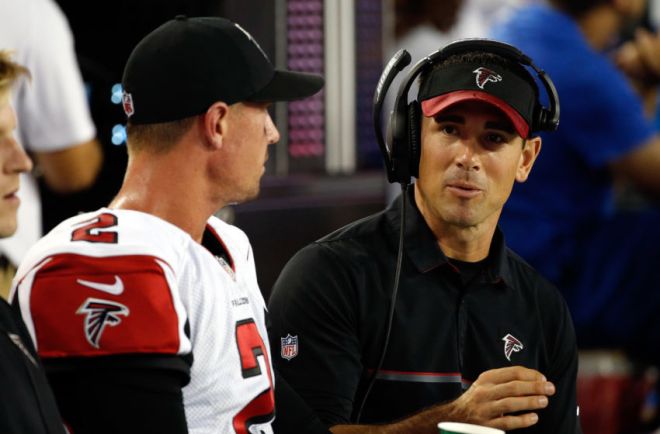 The Los Angeles Rams will request permission to speak with Atlanta Falcons quarterback coach Matt LaFleur about their offensive coordinator position, according to ESPN’s Adam Schefter.

Lafleur and new Rams head coach Sean McVay once worked together in Washington and McVay believes he can improve the offense and help quarterback Jared Goff reach his potential.

According to Schefter, the feeling is mutual.

LaFleur was also mentioned to join Shanahan in the Bay Area as the team’s offensive coordinator.

Atlanta has expressed interest in former 49ers’ coach Chip Kelly as their next offensive coordinator, according to Ian Rapport of NFL.com.

LaFleur knows he’s a hot candidate and will be pursued by both Rams and 49ers, but his singular focus is helping the Falcons capture its first Lombardi Trophy.

Cognitive thoughts and Infectious personality along with a keen understanding of the sports platform. All sports are equal, but the NFL rules Sunday. Major in journalism. Minor in sarcasm. Talking about everything from sports, world news, politics and culture. View all posts by Wayne's World