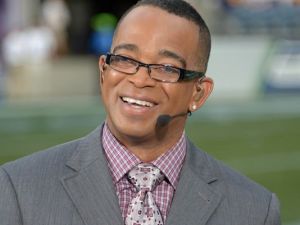 “Cool as the other side of the pillow.”

“Can I get a witness from the congregation?”

If you were a sports fan and you never heard those catchphrases on Sportscenter then you don’t know who Stuart Scott was and you were basically crawling under a rock.

The former longtime ESPN anchor died today at the age of 49 after an 8-year bout with cancer.

Scott was not the typical sportscaster, he was different. He brought a style to “the worldwide leader in sports” that even most of the air staff began mimicking it during their own Sportscenter broadcasts.

Now it wasn’t accepted by most during his tenure because it wasn’t the “typical” sportscast by the “typical” sportscaster. Scott went through a lot of hell and high water to be the anchor he wanted to be. He didn’t change just because someone had a negative opinion of him, he kept doing what he did and made himself into a household name on ESPN…he went from the “black guy on Sportscenter” to just simply Stuart Scott. He wasn’t trying to be the first so-and-so to do something, he was just trying to be…Stuart. And he did. 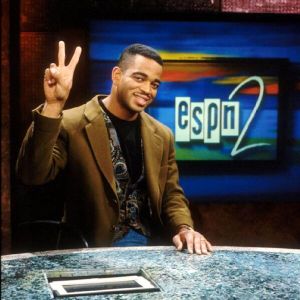 He introduced a whole new generation of viewers by the style that he portrayed on-air. It was nothing fake about Stuart. This was him and him alone. Crazy as it may seem, but he set a very high standard at Bristol because his deliverance and energy to Sportscenter meant so much to that broadcast. Whether you loved him or hated him, you couldn’t stop watching the nightly broadcast or the late night broadcast. He had you hooked to the screen. Now one has to be a real sports fan to know that he was one of the former personalities that started with the brand new ESPN2 back in 1993.

I for one enjoyed…many of times…every time that he and (former ESPN anchor) Rich Eisen would do Sportscenter. If Dan Patrick and Keith Olbermann were the 1 team on Sportscenter as many people believe then Eisen and Scott were the 2 team. You couldn’t have asked for a better pairing. It’s sad to even see Eisen get emotional about it. I enjoyed him when he did his NBA and NFL telecasts. It’s funny how when I was in college, some people referred to me as Stuart Scott, Jr. or Mr. ESPN. Many people, including myself, who were getting in sports broadcasting looked at Scott as the standard. Whomever he worked with, the chemistry was always there. He loved going to work which is awesome considering how most broadcasters turn into divas. He wasn’t that guy. He was a Carolina fan because he lived and went to school at Chapel Hill. That made me an even bigger fan of his.

Stuart Scott was the biggest reason why I wanted to be in sports. He made it so cool to talk about and watch. He brought in the black audience, he brought the “barbershop” sports talk, he even brought the hip-hop generation to ESPN and made it work for 21 years. Again, it was not an easy road but he stayed true to himself and the work that he put in. The man had pure swag on the mic and away from the mic.

Now I’m not a father nor have I lost my father…so it’s tough to even understand how his two daughters feel at this very moment. He clearly loved and cherished them and took them for the ride that he was on while on this earth.  He fought as hard as he could. As Hannah Storm tearfully put it on Sportscenter that he did not lose his battle, but just lost Stuart.

Not too long ago, the sports world also lost a great journalist in Bryan Burwell of the St. Louis Post Dispatch. Truly, two great journalists, both gone at young ages, succumbing to cancer. I hate cancer. I really do. It took away my cousin…he was only 26 years of age. It took my wife’s aunt away just recently. I HATE CANCER!

But Stuart Scott touched us all in some shape, form or fashion. Don’t believe me this speech proves it.

Time for another edition of The A-Train Rant…