For the first time in N The Zone Show history, the entire show is devoted to St. Louis (our hometown). Every guest is from St. Louis or currently lives here in St. Louis. Check out the list. Pick out your favorite segments or listen to them all (We would rather you choose that option). Don’t forget to support minority-owned businesses. Thanks. Keep listening.

NOTE: All segments are below their description.

On this NEW edition (no not the group) of N The Zone, we go all St. Louis! “The Monologue” delivered by The Livn Legend touches on the illustrious comments given by STL radio personality Bob Romanik and “Who Wants To Run For STL Mayor?”

NOTE: The following does contain language that some will find objectionable. Parental discretion is advised. How rude of us. CHE-TOA-TAH!

Dana Kerns, founder and CEO of “Rich Girls, Real Women,” is the guest and also our newest sponsor of N The Zone. Kerns talks about her organization plus a prom event for all high students coming in April.

STL mayoral candidate Antonio French sits down in-studio with Palmer in this two-part interview talking his campaign ideas he want to get across if elected mayor of the city. Plus he sets the record straight on his love for sports.

In part 2, Antonio French talks STL city-county merger, how to get Lanbert Airport as a hub for international flights and more plans for STL, plus what he plans to do even if not elected as mayor. A great conversation for everyone in St. Louis and outside of the area.

Angela O’Brien is the guest in this segmemt of “N The Zone.” She sits down with Palmer talking about her new website called “LoveNotes” bringing together love and music (the latter is something that is a favorite of Angela’s).

Alderman Jeffrey Boyd joins the show to talk about his campaign updates. Also check out his newest commercial spots for his campaign.

Rebecca Harris joins the show recapping the St. Louis Surge championship season. Plus what she is looking forward to in the new season, being a new venue and gaining new teammates. Also how she gets herself prepared for the season.

“The Sage of St. Louis” Wade B. Olson returns to talk about the last few weeks of Donald Trump in office. The discussion is about some of the cabinet members that were selected, particularly the Secretary of Education, Betsy DeVos and Attorney General Jeff Sessions.

John Albert, assistant coach at Vashon High is the guest in this two-part interview. In this first part, we talk about the return success of Vashon and how hard it is to continue the prominence of this STL-area basketball program. Also, we talk about LeBron and his “awkward positions.”

STOP THE MADNESS! STOP THE MADNESS! In part 2 with John Albert, the conversation shifts on Valentine’s Day hijinx…from being with the #1…and the #2. NOTE: The following contains language that some might find objectionable. Parental discretion is advised.

Let’s be honest…again! Co-host Mia Earnest along with guest Renee Kay join the “N The Zone” crew to talk about “fake love.” What is fake love? Do you have fake love? Is fake love truly necessary?

NOTE: The following segment does contain language that some will find objectionable. Parental discretion is advised.

Part 2 with Mia Earnest and Renee Kay and we take questions from Facebook on fake love and we delve into fitness with Renee and how that ties in with relationships. Definitely an intriguing segment that you want to check out.

NOTE: The following contains language that some will find objectionable. Parental discretion is advised.

ALL NEW EPISODE! On this brand NEW edition of “N The Zone” (@NTheZoneShow); shenanigans ensue along with a “best of” monologue from Palmer as he discusses his time with The St. Louis American and gives a hard but effective lesson to Elsberry Elite Flyers basketball coach Britney Koch-Dowell. (CLICK LINK BELOW)

NOTE: The following contains language that some will find objectionable. Parental discretion is advised. CHE-TOA-TAH!

Wade B. Olson is back again to talk about the recent political topics regarding Senators Elizabeth Warren and Al Franken and their confrontation with Secretary of Education nominee Betsy DeVos along with the inauguration of President Donald Trump. (CLICK LINK BELOW)

Nicole Powell of The Sportstyle talks Carmelo Anthony and the New York Knicks, all the rumors and why Phil Jackson doesn’t seem to be a good fit for the organization. (CLICK LINK BELOW)

Wayne Neal, our newest member of the N The Zone family w/ “N The Zone LA,” joins the show to talk the vibe in LA about the Chargers coming to town and whether it’s good to have two teams in two different conferences. He also talks the L.A. Lakers and if the organization can nab a big free agent for the future. (CLICK LINK BELOW)

Jeffrey Boyd, STL alderman and candidate for mayor of St. Louis sits down in-studio with Palmer talking about his plans if elected and also why the St. Louis American newspaper completely disrespected him on social media and why the paper is sold on one particular candidate. (CLICK LINK BELOW)

Getting you geared for the conference championships…we have our N The Zone family entertaining you to close out the show. From NFLFemale.com and N The Zone Ohio, Tiera Dobbins. Alongside her is the guys from the Deuces Wild podcast aka N The Zone New England…Adam Little and Alex Washington. It’s Steelers-Patriots in the AFC and Packers-Falcons in the NFC. Who is going to the Super Bowl? (CLICK LINK BELOW)

NOTE: The following contains language that some might find objectionable. Parental discretion is advised. CHE-TOA-TAH!

Don’t forget you can also catch N The Zone here:

N The Zone Show on I-Tunes 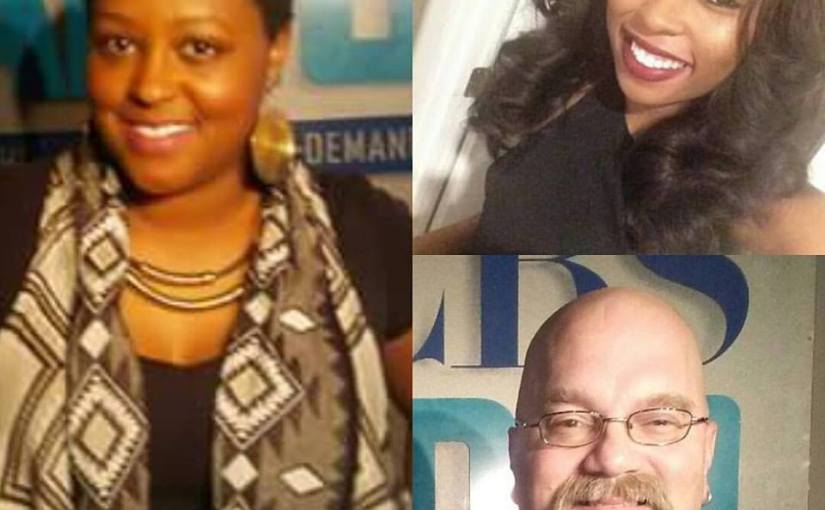 The 2017 Premiere is here! Arlington Lane (@TheATrainSTL) and Palmer Alexander (@thelegendkil) welcome you to the new year with a fresh episode of N The Zone.

In this first segment, the guys are joined by Mia Earnest from the Facebook group, “Let’s Be Honest.” Also, the first 2017 edition of “The Monologue” is delivered. The Livn Legend keeps it local on the St. Louis mayoral race and what they bring to the table, along with welcoming all candidates to join the show.

Mia Earnest is the first guest of 2017 and talks about her group (that she started) “Let’s Be Honest.” She sits in-studio with Palmer talking about good deeds and also the topics and conversations that go in that group. Ranging from relationships, marriage, blended families and more.

Tiera Dobbins (@_Dobbins_) of NFL Female covers the Dolphins-Steelers matchup. We also get her thoughts on Terry Bradshaw’s comments on Steelers head coach Mike Tomlin along with her NFL Wild Card Weekend picks.

Wade B. Olson and Palmer talk the current topics in politics. They touch base on the Affordable Care Act, the Wall that President-Elect Donald Trump wants to build and have Mexico pay for, plus Hilary Clinton and the inauguration.